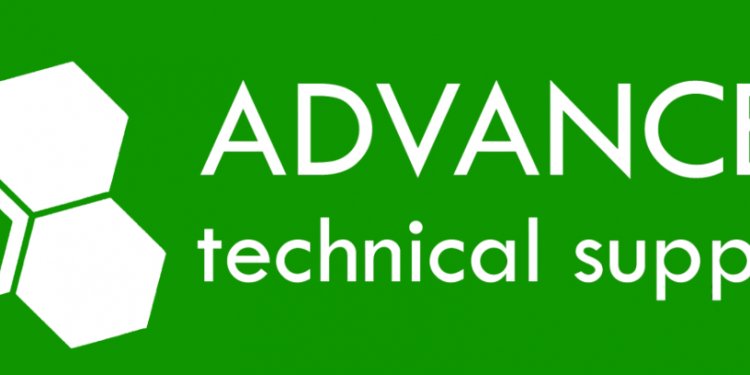 The four companies sued by the FTC in November and by Microsoft this month were reported to the BBB at least 318 times in the last 12 months, according to the organization's website.

Two of those companies accounted for the majority of the complaints: Customer Focus Services, a California company that operates a number of sites, including omnitechsupport.com; and Inbound Call Experts, a Florida company that ran advancedtechsupport.com and others. The BBB closed 124 complaints against Omni Tech Support in 2014, and 158 against Inbound Call Experts. The number of actual complaints filed may have been considerably larger, as the BBB only reports cases it considers resolved.

Consumer Focus Service was one of two technical support firms Microsoft sued in federal court earlier this month - the other was Anytime Techies of Florida. Microsoft accused the two of infringing numerous Microsoft trademarks and practicing false advertising as they tricked consumers into paying for bogus help.

All four allegedly operated telemarketing scams where consumers were told that their Windows PCs were infected with malware or needed to be optimized to work properly. Some consumers had contacted the companies themselves after seeing their websites or search result ads, while others had been cold-called by the firms.

The "help" provided was largely worthless, and in some cases the companies' representatives planted malware on the victims' PCs, the FTC and Microsoft charged. Customers were charged hundreds for the calls or fast-talked into expensive multi-year service contracts.

Such scams have become almost routine because the practice is extremely lucrative: Microsoft estimated that losses to U.S. consumers run $1.5 billion annually, and that a third of those contacted by scammers fall for the ploys.

While accounts of victims are easy to find - Computerworld receives scores of emails each week about scams that readers fell for or narrowly avoided - the alleged scammers' side is not. But their replies to customer complaints on the BBB website - some, like Customer Focus's Omni Tech Support are actually members of the business trade group - were illuminating, to say the least.

"The defense given by Omni over, and over and over again (it was given to me at least 12 times during my 6 1/2 hour 'chat' with them, as I was trying to set up services with them and had already paid their fee) ... is 'unstable Internet connection' or 'fluid Internet Connection, '" wrote Jane D. in a Nov. 30 complaint.

By Jane D.'s account, when she asked questions about Omni's extended service, the company representative balked at answering, instead telling her, "Just sign the contract." After she pressed for answers, Omni dropped the connection.

"It is my strong opinion that they use this 'poor Internet connection/fluid Internet connection' excuse as a way to wear you down, tire you out, and get your money, " Jane D. said, referring to the numerous times she connected to the company's chat service and the several technicians she had to speak with.

Computerworld found several instances in Omni Tech Support's replies to the BBB complaints where it blamed customers' Internet connections for its inability to provide the services those people had already paid for. "Her Internet connectivity was weak and the chat session were getting disconnected, it was taking a longer time than expected, " Omni said in response to a different complaint filed on Feb. 10.

In a long reply to the BBB, which in February had asked Inbound for their "voluntary cooperation" in resolving complaints, Inbound threw its new computer software under the bus.

"The new [software] interface had new buttons that [representatives] were not used to and certain parts of the CRM [customer relationship management software] were in different locations, " Inbound told the BBB. "With that said, our average handle time went from 19 minutes per call to 25 minutes per call. Because of this, our phone lines got backed up as we were not able to answer as many phone calls and many customers were calling back over and over because they were unable to reach us."

Inbound also claimed that its automated tools had a bug and so technicians had to "manually do some of the work that our automated tool normally did."

Vast Tech Support, the other company closed in the FTC-initiated action, blamed email when a customer said she had not received a promised refund earlier this year. "We have been communicating through email, " said Katie M., a supervisor at Vast Tech Support, in a reply to an August BBB complaint. "The customer has not responded to my last email."

Not true, the customer countered. "I replied to each response this woman sent. I told her in our last email that I would update status [of the BBB complaint] upon receipt of refund."

But the most cynical defense by the alleged scammers was that they had not called people and pressured them into buying software and services. Who had? Well, other scammers.

In a familiar-to-victims account, one consumer wrote, "I do not use Omni Tech Support, terminated support more than 1 yr year ago. [But] for 4 months I have received multiple calls alleging that my computer is infected by virus. I have asked numerous times for supervisor to cease any calls because I am not interested in their product. These calls occur 2 and 3 times a day, including evening hours."

Omni Tech said it wasn't them. "It was a scam call. It was not us. We simply don't call people and tell them they have a virus, " the company replied.

The it's-not-us-it's-them comeback was used by several of the firms in their responses to complaints registered with the BBB.

One grievance filed with the BBB said that the consumer had contacted Inbound Experts for technical support, which was provided. But just six hours later, the customer was called by someone claiming to work for Microsoft, who said that the Redmond, Wash. firm knew the user's PC was in trouble. In other words, a classic scam call.

"Obviously, since [Inbound Experts] knew when my computers were worked on, my name and phone number, this appears to be [an] inside issue, " the complaint read. During a conversation with an Inbound Experts supervisor, the complaintant continued, "He said he was sorry about this and that many other customers have complained about this also, and supposedly the FBI was working on it. He was quick to end the phone call which made me even more suspicious. When I told him that this appeared to be an inside problem, he said it was possible."

Inbound's official response? "I can assure you that Advanced Tech Support [one of the names that Inbound used, the FTC said last month] is not a scam."

Neither Omni Tech Support's parent company or Anytime Techies have replied to Computerworld emails asking for comment about the Microsoft allegations. The two companies have until Jan. 8 to respond to Microsoft's lawsuit.

Omni Tech is a member of the BBB, but the organization did not give the company a grade-style "A" through "F" ranking. Anytime Techies is not accredited by the BBB, but has been given a "C" rating. Both Inbound Call Experts and Vast Tech Support were graded "F, " and their BBB accreditation was revoked Nov. 26, a week after the FTC announced that they'd been closed by court order.

What is the Technical Support?