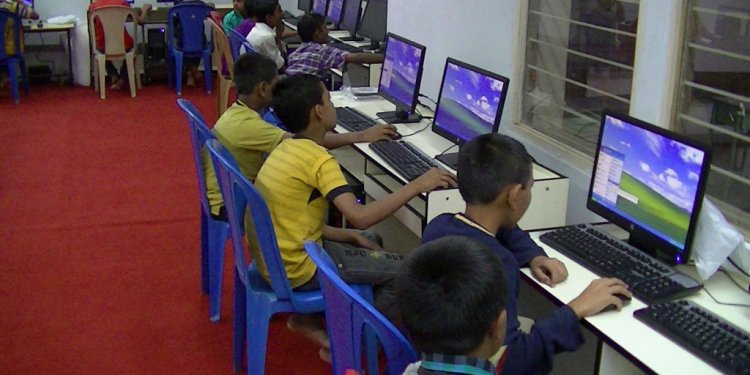 Many of us who work in the computing industry, quickly realize, that technical skills are just one part of this competitive game. Softer aspects such as design and communication skills are all just as critical. A popular perception is that creativity has not been sufficiently noticeable in the Indian software space – though this is gradually changing. It is relatively easy to find good programmers in India, but not so easy to find good designers or product visionaries. In 2005, Microsoft CTO, Craig Mundie remarked to Business Standard: ” (Indian) Computer engineers are more into theory .. There are so few Indian software companies developing local software.. a negative reinforcement, because there is no local software and no new applications”.

A possible reason for this lack of creativity, is the near absence of liberal arts education and the presence of unhealthy levels of homogeneity in the academic background, among Indian software professionals. A disproportionate number of us studied the standard Physics – Chemistry – Mathematics (PCM) combination in high school, followed by a STEM degree. Few with a Commerce or Humanities background study Computer Science. The liberal arts component of a STEM degree in India, is minimal; often not even 10% of the credit requirement. In a rigorous American tech institute such as Caltech, around a quarter of undergraduate credit requirements are allocated for humanities.

Among students who studied Computer Science at the K-12 level, according to the 2014 student data from two important national boards (CBSE and CISCE):

There has recently been a recognition in India, that Computer Science is not meant only for those pursuing an engineering or technology degree, and a premier upcoming university, Ashoka University has a curriculum rather unique in India, and apart from essential Computer Science and Engineering fundamentals, it contains an eclectic mix of courses related to Economics, Psychology, History, Civilization, Social and Political Formations, etc. I suspect that this kind of a course structure will deliver to India a much needed set of engineers and programmers with a liberal arts foundation which enables them to identify the different needs of society around them, the interaction between technology and society – and will perhaps create amazing applications or products truly unique to the Indian context!

Because of Commerce and Humanities students being visibly reluctant to study Computer Science at the K-12 level, the overall percentage of all K-12 test-takers opting for CS is also possibly much less than what one would expect it to be in highly digitalized world. As mentioned previously, data for approximately 1.1 million candidates who appeared for the CBSE-2014 Examinations, at the Class 12 level, suggests, that just over 20% candidates opted for CS or Informatics Practices. Data for the Indian School Certificate Examination at the Class 12 level, conducted by the CISCE, indicates that 26% of the 70k test-takers opted for Computer Science – a ratio which is only slightly more encouraging. However, CISCE schools are much fewer, and are primarily located in urban or metropolitan centers.

We also inspected school-wise data for CBSE Schools at the Class-12 level. Out of 5354 schools for which results were analyzed, only 3810 had one or more students appearing for Computer Science (or Informatics Practices). And even within these schools, the percentage of students in a graduating batch, opting for Computer Science, was rather small – and mostly limited to students studying Physics, Chemistry and Mathematics. As the histogram below suggests, even in schools which do offer Computer Science/Informatics Practices at the K-12 level, generally less than a third of the students opt for the subject.

Several American Universities, offer the Computer Science program, either in the form of a tech & engineering degree, or as something with a more liberal arts orientation. For example, Stanford runs the Symbolic Systems major which is a mix of courses in Computer Science, AI, Cognitive Science, Linguistics, Philosophy, Communication, Statistics and Education (as stated on the course page).

The direction for India

Computer Science needs to be made more accessible to a far wider audience. In grades 11 and 12, students studying Commerce or Humanities need to be introduced to Computing as a form of expression and creativity if not anything else. Humanities graduates could be introduced to how their skills could be put to use in the world of Computational Linguistics and Natural Language Processing. Or, the role of psychology in Human Computer Interaction. Similarly, Commerce graduates could be shown presentations about how cutting edge computing runs some of the financial services and banking powerhouses. All of these, are interdisciplinary applications of Computer Science and Software Engineering. At the undergraduate level, one hopes, that academic administrators manage to design a more general purpose aptitude and logic test – which could even be administered to all K-12 students; rather than one which filters the intake to a very specific pool of students with rigorous training in Mathematics, Physics and Chemistry.

A poster in an organization’s elevator comes to mind. “SCRABBLE” would never be possible if every piece in the box had the same letter on it! Embracing people from different academic paths will be a key to creating a creative software powerhouse in India.