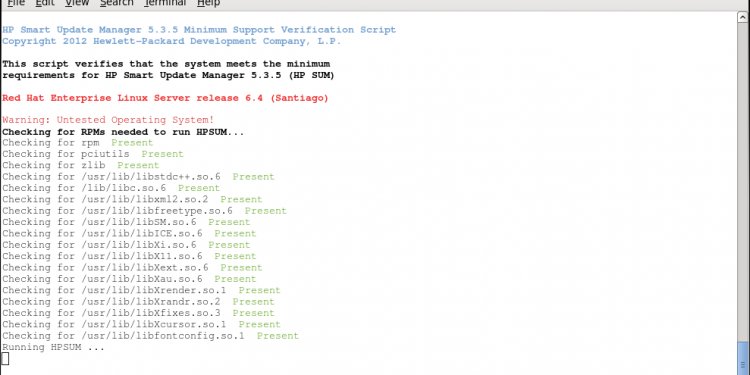 I have some strange issues when trying to install HP drivers on a BL460c G6 with ProLiant Support Pack.

Each time I try it, HP SUM crashes during the discovery of the local host (Event ID 1000).

I mounted the .iso via ILO, started it over the network and even copied the .iso to C: and mounted it locally.

Starting HPSUM (7.2.0.0) on a different machine and updating the node remote doesn't work, either. The 'hpsum_service' is being created and started but crashes shortly after. Windows eventlog shows event IDs 1000 and 1001 (APPCRASH of hpsum_service_x64.exe).

And this is not the only machine with this issue. I had the same problem on a similiar machine a week ago, where I got it finally working by starting HP SUM with the '/silent' parameter in a command line.

Unfortunately this doesn't work on this machine, either.

The firmware has already been updated by booting the server with SPP, so I just want to install all the drivers.