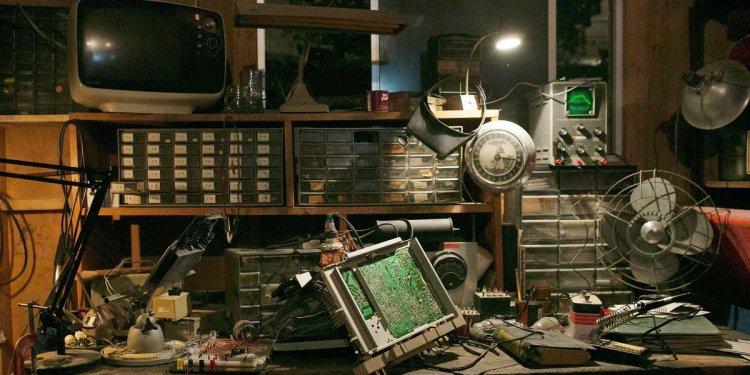 For his day job, Brian McCullough is the CEO of ResumeWriters.com and has founded several companies in the online careers space. He started the Internet History Podcast as a crowd-sourced history project in February of this year. You can subscribe to the podcast here.

This Sunday, AMC is premiering a new original series called "Halt And Catch Fire." Set in the early 1980s, it tells the story of a band of cowboy entrepreneurs and engineers who join the PC Wars by cloning an IBM machine and taking on Big Blue for control of the nascent personal computer industry.

AMC’s show is fictional, but it turns out, there is a true life story that is similar to this course of events, and it led to the creation of one of the greatest technology companies of all time, Compaq Computers.

Rod Canion was one of the co-founders of Compaq back in the early 80s, and he was there for the real world PC wars. He’s written a book about the time period, Open: How Compaq Ended IBM’s PC Domination and Helped Invent Modern Computing. In the interview below, I spoke to Rod about the book, the process of taking on Big Blue and cloning the IBM-PC, and how a series of incredible calculated gambles paid off to eventually build one of history’s most successful technology companies.

You can listen to the whole interview (embedded below), or just read this lightly edited (and heavily compressed) summation of the story below.

Rod Canion, Jim Harris and Bill Murto were mid-level managers at Texas Instruments. Converts to the still nascent personal computer revolution, the trio decided to strike off on their own and form a company to produce a product in an entirely new category of PC: the portable. Portable PC’s were not laptops because the technology did not exist yet to make computers that small and light. Portables were designed to be moved from desk to desk easily, were rugged enough to travel with, and at around 30 pounds or so, had the form factor of a large-ish suitcase.

The first mass-produced portable computer was the Osbourne 1, which had come out earlier in the year. The Kaypro was also an early pioneer in this category, but both systems had their own unique and proprietary architecture, which limited their popularity and adoption. The computer industry had been transformed by the introduction of the IBM-PC in August of 1981. The imprimatur of the IBM brand was enough to convince millions of people to join the micro-computer revolution and the IBM-PC soon became the best-selling computer in the world.

And so, the trio from Texas Instruments had decided that their big idea would be to create the first portable that was compatible with the IBM-PC.

Rod Canion, from the interview:

It was one of those things that I literally felt a chill down my spine. The idea came together because it was really a combination of things that made it work. The idea for a portable computer–there were a number of those already in the market–the only of reason we were actually even looking into that area was because (…) the first idea we had had, the venture capitalists decided not to fund it.

The morning of January the 8th, 1982 (…) I was going over the idea of a portable computer. How could we make one that was differentiated enough to make it worthwhile? (…) Not being able to get software developed for it was a killer. (…) Every computer ran different software. There were literally somewhere close to 300 different computer companies making new computers at the time. (…) That morning, the idea hit me that, what if we could make our computer run software that already was out there? That is, run the software for the product that was getting the most software and always getting the software first when the new one came out, and that was the IBM-PC.

Because the IBM-PC was so popular, most developers programmed for the PC first, and all the best applications and programs could be found on the PC. But because IBM had famously rushed the PC to market, its system was made up of off-the-shelf components and software. Anyone could purchase the same off-the-shelf hardware and software and “clone” an IBM-PC.

Because IBM had done something they had never done before, which was bring a computer to market that wasn’t just totally protected from the copying standpoint. We didn’t want to copy their computer! We wanted to have access to the software that was written for their computer by other people.

The idea was to create a computer that was mostly like IBM-PC and mostly ran all the same software, but sold at a cheaper price point. The first company to pursue this strategy was Columbia Data Products, followed by Eagle Computer. But soon, most of the big names in the young computer industry (Xerox, Hewlett-Packard, Digital Equipment Corporation, Texas Instruments, and Wang) were all producing PC clones.

But all of these machines were only mostly PC-compatible. So, at best, they were DOS compatible. But there was no guarantee that each and every program or peripheral that ran on the IBM-PC could run on a clone. The key innovation that Canion, Harris and Murto planned to bring to market under the name Compaq Computer Corporation would be a no-compromises, 100% IBM-PC compatibility. This way, their portable computer would be able to run every single piece of software developed for the IBM-PC. They would be able to launch their machine into the largest and most vibrant software ecosystem of the time, and users would be able to use all their favorite programs on the road.

We couldn’t have done it if IBM hadn’t done exactly what they did because nobody else… Apple certainly wouldn’t have stood for us to make a product that ran their software. They had enough protection on it to prevent that, as did all the others. IBM–the best one to pick–also happened to be the only one that wasn’t protected and it was because of this sort of strange thing. They didn’t believe much in the market, they just rushed a one-year project to get to market.

Compaq lined up venture financing–most famously from a young John Doerr at Kleiner Perkins. With this money, they quickly hired as many young programmers and engineers as they could, being careful not to poach from or anger their former employer. The key to cloning the IBM-PC was to reverse engineer the BIOS, which was the one piece of the machine that was proprietary IBM technology. But that was a tricky proposition. The BIOS had been published in the user manual, but anyone who had even looked at the BIOS code couldn’t work on rewriting it for fear of tainting the project. Running afoul of IBM’s intellectual property would doom the project.